I left off yesterday after finishing our hike at The Canyons (click here to read Part 1). I forgot to mention the heart-stopping moment when I realized my phone was gone, after the hike. It had slipped out of my bag on the gondola, where I remembered there was “out of order” cabin before the one we took down the mountain. When we went back to ask if anyone found a phone, I saw that sign float by and my phone was sitting on the seat in the next cabin. A HUGE sigh of relief. 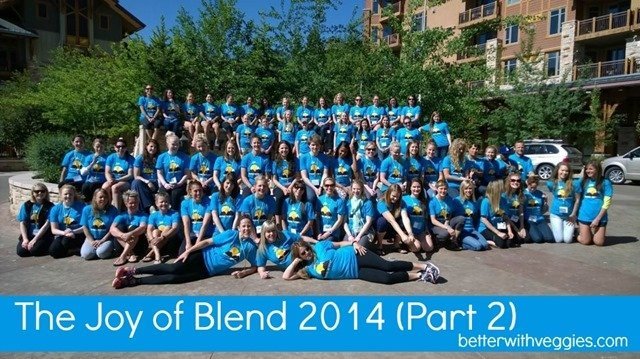 Now I’m ready to pick back up on the rest of the day.

After the organized activities were over and I recovered my phone, Kait (Chickadee Says) offered to lead a small restorative yoga class in our room. I was feeling a bit tight from all the activity and was excited for a chance to loosen things up a bit. She leads an amazing class and I learned I can do some cool poses I’ve never tried before (have you attempted mermaid before?).

After yoga, I was finally ready to get cleaned up for the evening and we headed into town. I was glad to share High West Distillery with many of the girls, while I practiced my self-control and sipped on water. It still amazes me how good I can be with the threat of a show looming over my head! 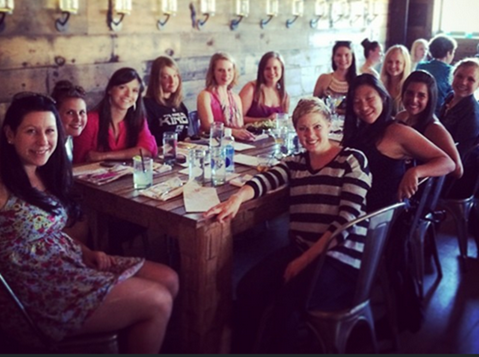 We decided to try something new for dinner and after reading great reviews on Yelp, we made reservations at Purple Sage. The restaurant itself had a great atmosphere (like a hip, rustic house) and the menu had some unique choices. Although they describe themselves as Western American, we all agreed it was gourmet southern with dishes like mac n cheese, meatloaf, and pork chops. The food was excellent, but the company was even better. It was so good getting to chat with some of my new #Blends. 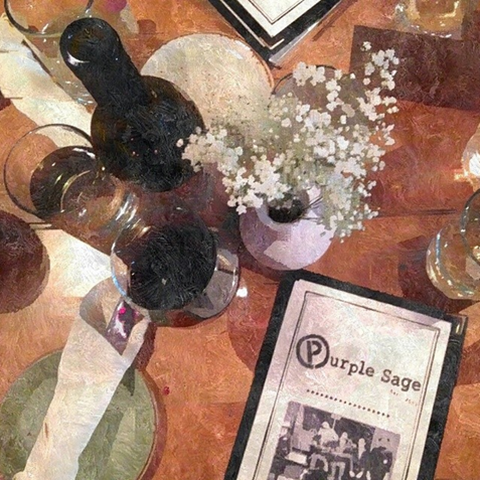 original photo from Melissa, edited by me 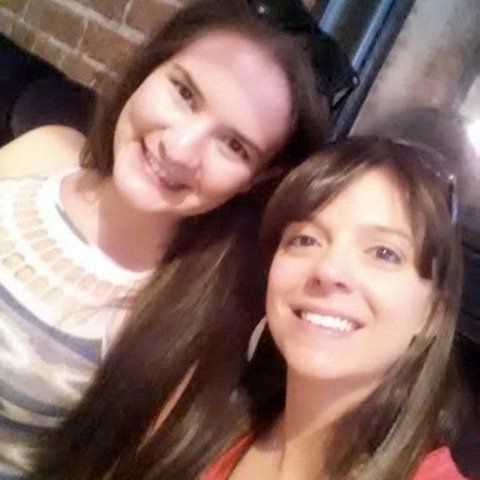 After dinner, we headed back to the hotel for something I had been looking forward to for a while – Mamma B’s Utah Scones! Last year I wasn’t eating eggs & dairy, so I just observed. This year, I was so excited to try these yummy things, which are very much like a New Orleans Beignet (a bit denser). I had one just along and one with homemade jelly. So good!! 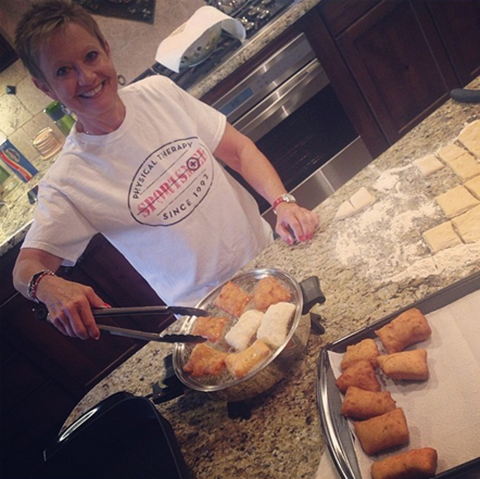 On Sunday morning, there was a bootcamp (sponsored by GPP Fitness), but I slept in. I have been trying hard to preserve my rest days as REAL rest days (no workouts or hiking). Instead, I slept in and then packed my bags to go home. I always like to get that out of the way as early as possible, so I can enjoy the rest of my time.

I headed down to breakfast with the group (although I ate my own breakfast earlier), more to socialize than anything else. This breakfast was sponsored by Yoplait Greek and Nature Valley, and it looked tasty. I just enjoyed the great company of my Blends! 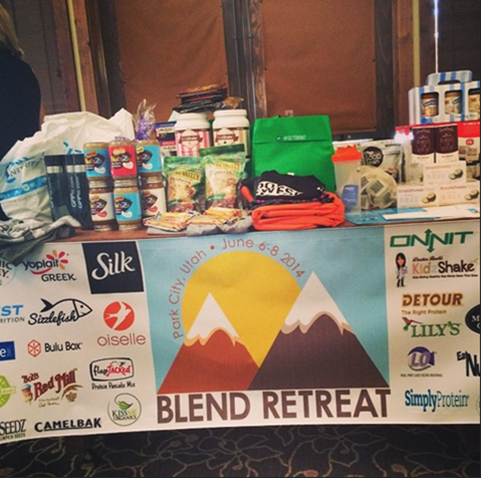 After breakfast, it was time for the group photo (seen at the top of this post) and the awards ceremony. One of the cool things about Blend Retreat is that EVERYONE goes home with a prize. And that’s on top of all the swag we collect throughout the weekend. It’s pretty amazing! I was hoping to win a Vitamix, but I wasn’t quite that lucky. One day. I did win some Fluro Water.

After the award ceremony, it was (sadly) time to say goodbye to all my Blends. We all agreed that it was the best year yet. I felt like I had more time to spend getting to know new friends, as well as plenty of time to spend with ones I knew previously. I think that extra day made al the difference and I plan to do that again next year. 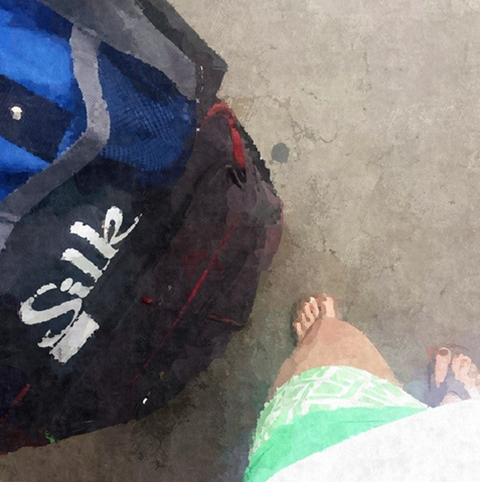 You’ve probably seen lots of recaps about #Blend2014 over the past few days around the web. I hope that I have been able to share just a glimpse into the weekend, enough to get you excited and ready to join the fun in 2015. And I’m particularly excited about next year’s location, as we head back to where it all began – just an hour from my house!

I hope you’ll mark your calendars now and be on the lookout for early-bird registration (I’m sure to jump on that!). Next year, you want to be part of the memories, instead of just reading about them. Right?!