After last week’s overview of the basic gear you need for your first a triathlon (or duathlon), it’s time to talk about the training basics. If you have the gear, it’s time to put in the work to cross that first finish line. 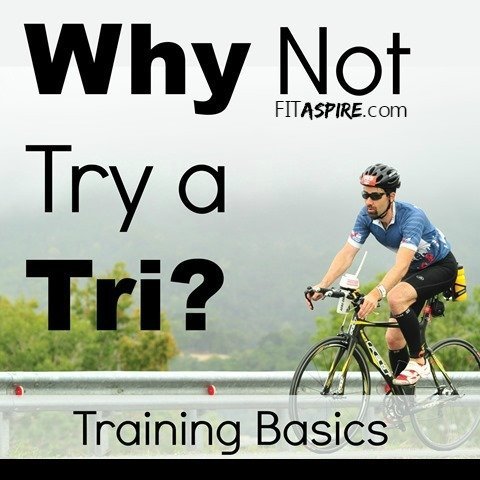 Let’s start with the basics. A triathlon is any race that contains a swim, bike, and run of any distance. I often hear people say they didn’t do a “full triathlon” when they have completed the shorter distances. Let me assure you that  race of any distance is a triathlon.

A duathlon eliminates the swim and is any race that contains a run and bike. Typically you’ll see these planned as a run, bke, then another run. It’s fun and challenging to run twice.

There are four basic distances in racing:

The shortest distance of triathlon is called the sprint or mini-sprint distance triathlon. The distances are not standardized for this category, but are typically around 400 – 800 yard swim, 8-18 mile bike, and 5K run. If you complete a race of this distance, you are a triathlete!

For those who don’t enjoy swimming, there is a similar duathlon in this category. Like triathlon, the distances are also not standardized, but are typically up to 5K run, 8-18 mile bike, and up to 5K run. If you complete a race of this distance, you are a duathlete!

The second distance of triathlon is called the olympic distance. Most races in this category follow a standard distance, which is the same distance you’ll see in the Olympics every 4 years (hence the name). The distances are 1600 meter swim, 40K bike, and 10K run.

In duathlon, the Olympic distance is slightly different. Although not seen in the Olympics, the distances are typically a 5K run, 40K bike, and 10K run.

The third distance of triathlon is the half ironman, which has been branded as 70.3 Ironman when put on by the WTC. The distances are 1.2 mile swim, 56 mile bike, and 13.1 mile run. Completing this race is quite an accomplishment, but don’t make the mistake of calling yourself an ironman athlete. That honor is reserved for the final standard distance.

Although not very common, there is a half ironman distance in duathlon. The distances are a 5K run, 56 mile bike, and 13.1 mile run. This is the only distance that I find the duathlon comparable or slightly easier than a triathlon.

The final distance is the one many people are most familiar with, as it has been made popular from the World Championship in Kona, Hawaii. The distances are 2.4 mile swim, 112 mile bike, and 26.2 mile run. The peak of the standard triathlon distances (there are ultra events longer than this),

There is no duathlon equivalent at this distance that I am aware of. 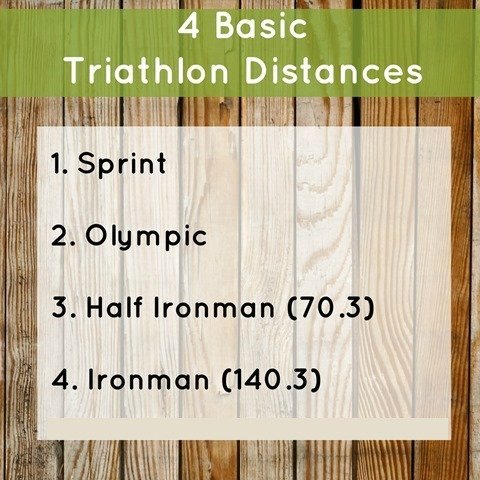 To get started training for your first race, start with a plan. Training for a multisport race is very different than just running, so you’ll want to find a plan that is tailored to your event.

What can you expect from most beginner training plans?

When completing a duathlon or triathlon, you will transition (or switch) between different sports. As you probably know – the clock doesn’t stop during this transition time. Make sure you practice these transitions in your training.

One of the best ways to practice this is by including bricks in your training. A brick is two sports performed back-to-back with minimal rest between. At a minimum, you want to practice the transition from bike to run, as it tends to be the most difficult for most people. Set up your running gear before the bike, so you can replicate the race scenario. When you finish you bike, switch to your run gear as quickly as possible and start the run.

You’ll notice when practicing the bike to run brick that you legs feel….well, like bricks! The more you practice, this will get a bit better, or your legs will at least know what to expect.

>> Learn more about bricks, including two sample workouts, in this article I wrote forTrainingPeaks.

Nutrition is often called the 4th discipline in triathlon, as it can be a tricky thing for many people. Practice your nutrition plan during your training – starting from what you will eat the night before the race.

There isn’t a perfect formula that works for everyone, as our bodies are all a little different. You can find some tips on what your body needs during training and racing in this post on fueling for metabolic efficiency.

Now that you have the basic gear and understand the training basics, it’s time to pick a race. What are you waiting for?

Don’t miss the other posts in the Why Not Try a Tri series:

Editors Note: This post was originally published in April 2012 and has been revamped and updated for accuracy and the latest information.