Hi y’all! My name is Sarah, but the ladies of the healthy living blog world--or at least the handful who consistently read my blog–know me as Miss Smart. I blog over at The Smart Kitchen, where I spend an absurd amount of time using my food processor, shopping at every grocery store in town on the hunt for manager’s specials, attempting to figure out four thousand ways to use the same ingredient, eating entire watermelons within 12 hours…and, literally, licking my plate in restaurants. [No. Seriously.] 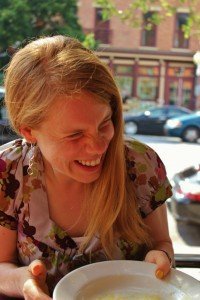 I was thrilled when Heather sent out the call for guest posts while she is in Australia for the Ironman, and, since I am a Meatless Mondays A-Z Rock Star, I proposed that that be the post I write. Of course, since I’d be writing for week number two, this meant I had to be inspired by another blogger by traveling in my time machine to the future to see what everyone else had posted. 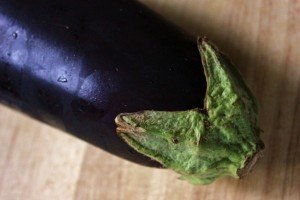 Or I could just continue to break the rules as I’m wont to do, and be inspired by food from a blogger event. 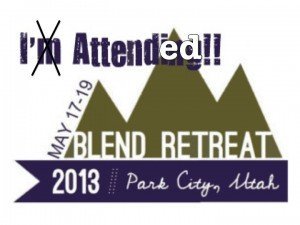 By now, y’all know we ate VERY well at this year’s Blend Retreat. 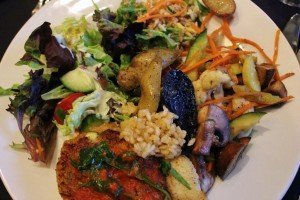 Of all the delicious meals and treats—whether sponsored products or hotel creations–there were a few that stuck out as recreation*-worthy: black bean cakes, Thai peanut sauce, walnut almond cashew butter, fruit-filled muesli, and these quinoa cakes. 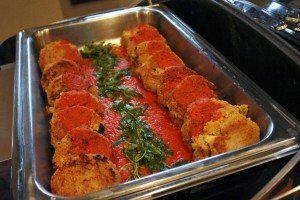 *And I mean recreation, as in recreate. As in, create again. Not recreation as in, recreational activities like yoga, hiking, or the act of recreating a recipe. [My version is not actually a word. In case you were wondering.] 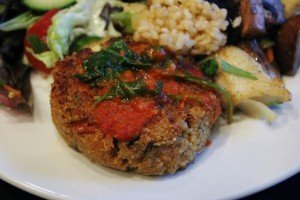 They were so good, I skipped dessert because I realized I’d rather just eat more of these. [And the carrot ginger soup, but that’s another story for another day.] So when I was mulling over the (literally) tens of recipe ideas I could cook for E is for Eggplant— 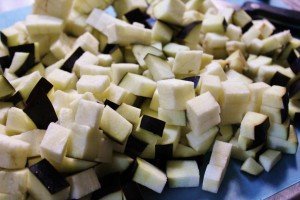 –I knew I would use this week of Meatless Mondays A-Z to be inspired by those crisp on the outside, soft on the inside protein-powerhouses of yum. 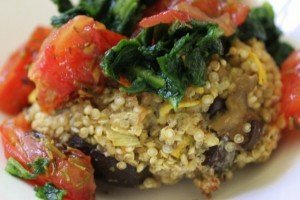 I was too busy eating (for once) to analyze closely what I thought might actually be IN the cakes, but I did remember there were little bits of diced zucchini involved. Since summer (squash), to me, means both zucchini AND the yellow crookneck varieties—whether it’s neck actually crooks or not–I thought I might as well use both. 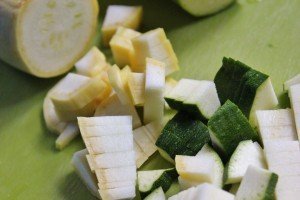 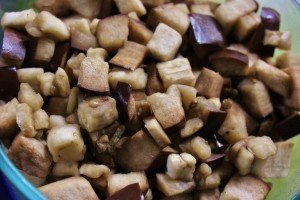 Because it’s E is for Eggplant week. 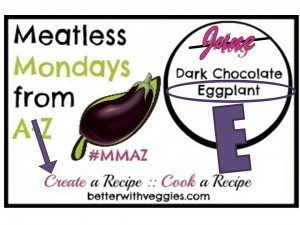 Cooking up the veggies with some onion and garlic is really the hardest thing you’ll have to do. 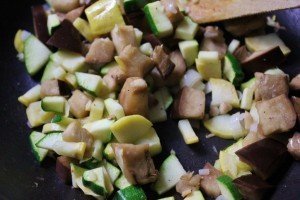 Unless you find cooking quinoa difficult. Which I guess it can be, should you not remember to stir and end up with a ready-for-some-sauce-and-toppings quinoa crust forming on the bottom of your pan. 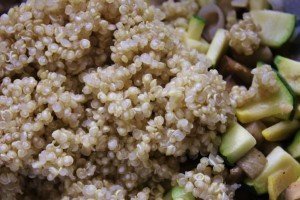 You’ll also have to add a flax egg, some flour, and some light seasonings. 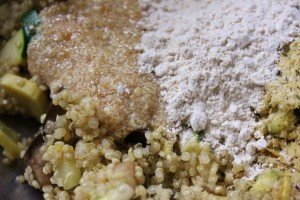 Then, you get to have some fun. 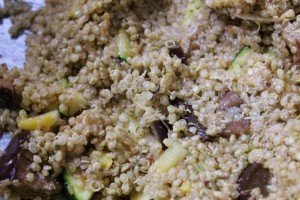 Because once you’ve smushed and mashed and stirred.… 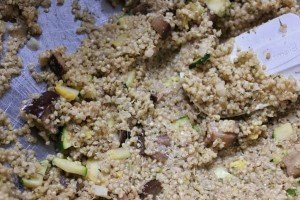 …you’ll need to get a little messy. 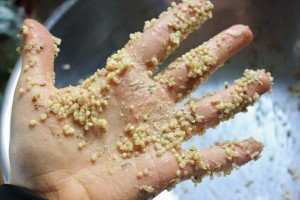 I like to make my cakes and then stick them in the fridge for a few hours or overnight. I find they hold up better in the long run, even if they do take a bit longer to cook. 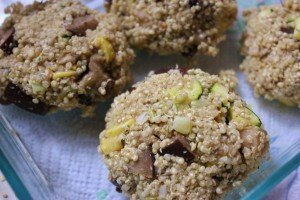 You want that crispy quinoa anyway, don’t you? 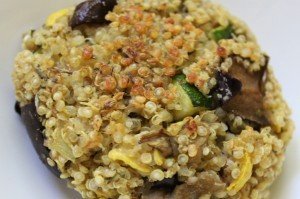 Baked at 400 degrees for about 30 minutes or so–flipping at the halfway point if desired--I was actually shocked at how nicely they stayed together.

And how delicious they were. 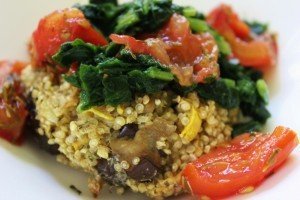 Of course, as with pretty much all grain-based burgers I’ve made–at least the ones where you try to keep the grains relatively in tact for textural purposes--you’ll probably end up with a man down. 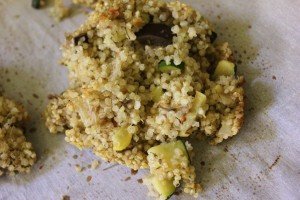 But the originals weren’t perfect either. 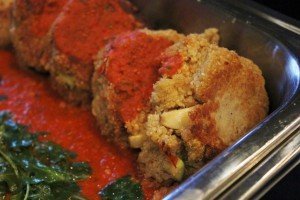 I am not ashamed to tell you I ate three of the four cakes immediately. As they were. Naked. 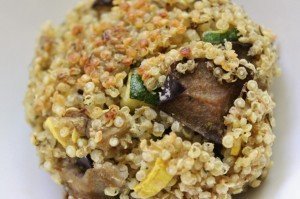 But if you are feeling ambitious, you can dress them up with some roasted tomatoes and spinach.*

*Or ketchup. What doesn’t taste great with ketchup? 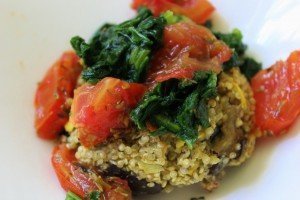 « G’day from Down Under
LiveFit Trainer Rewind »