Funny story. I went to the grocery store last night to get turnips for today’s Meatless Mondays from A-Z ingredient. But they were out – with a new shipment coming today. Which doesn’t help me.

So we head to grocery store #2, which is also out of turnips. Crap.

Luckily I had my handy smartphone and did a quick google of turnips vs. rutabagas – because they did look similar. 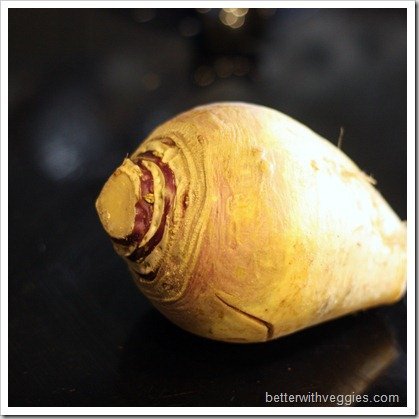 Thankfully, I learned that rutabagas are a cross between a cabbage and turnip. In fact, it’s also called a yellow turnip! Good enough for me. 😉 Thanks to Wikipedia, MMAZ was saved with the discovery of rutabagas history!

The idea for this recipe started when I learned that turnips are compared with potatoes in texture and flavor. That reminded me of the Cauliflower Protein Smash I keep meaning to make from Kristina. I wonder if I could make a similar protein packed side dish with turnips…er…rutabagas. 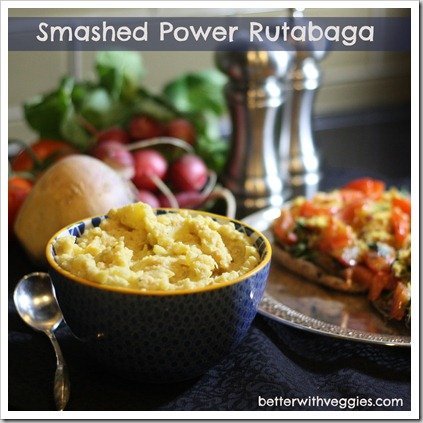 I used chickpeas, because we had two cans already in the cabinet. The original theory was the chickpeas would give it a hummus-like texture, but I ended up going with a “lumpier” smashed version. If you prefer a creamier dish, I would try using a food processer instead of the mixer.

Either way, this is a nice alternative to the traditional smashed potatoes. And of course the chickpeas give this a protein punch! Paired with a loaded portobello (recipe to come), this was a perfect Sunday evening meal. 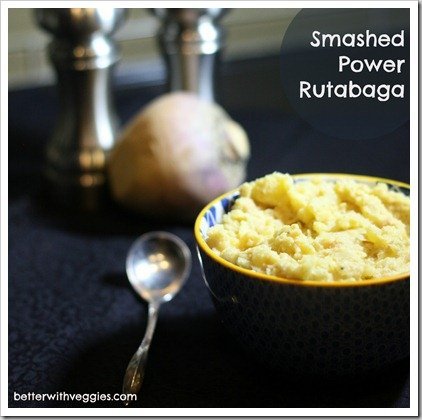 I have to say that rutabagas still aren’t my favorite veggie – a little tangier than I would like – but it was still nice to try something new! 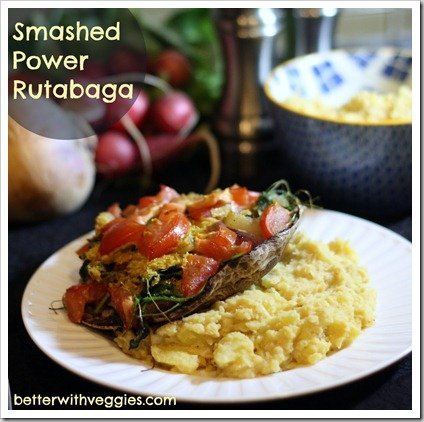 And now it’s time to see if you found Turnips or found a way around it like me! 🙂 Seriously – I can’t wait to see what you created this week!

« This Week In Training
What I Am Eating This Week »