It’s time to get back to the Taste of Europe Pairing dinner today! We’re up to the entrée, which in this case is a French-Canadian dish called Tourtière. It’s traditionally served in Quebec around Thanksgiving, so the timing was even appropriate! 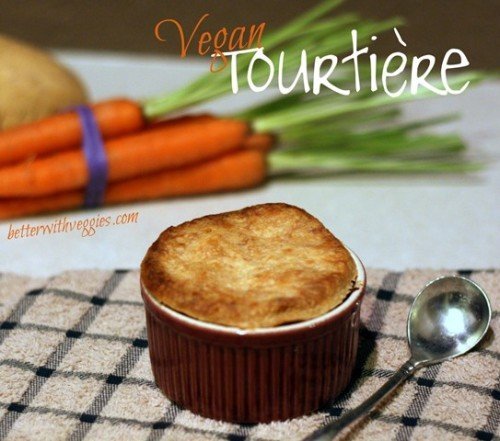 What is Tourtière? It’s traditionally a meat-pie, and has been made with many different fillings (I had pork in my pre-veg days).  When we were brainstorming entrees from different countries, I remembered this one and thought…hey, I could veganize that!

I first made this dish years ago when I used to cook almost exclusively from Cooking Light. That was my favorite magazine from college through the first several years of our marriage. I never felt comfortable creating new recipes, but make our menus each week from recipes in the latest magazine.

In it’s original version, Kirk and I always thought this dish was special (which means I made it multiple times). The filling is packed with warm, rich spices that I associate with cooler temperatures. The texture of the filling is juicy and the pie-crust top is the perfect contrast. Plus, the presentation is just beautiful.

I also remember taking this to a friend who just had a baby. Her husband is French and I thought he would enjoy this dish. It got the French seal of approval after that delivery. =) 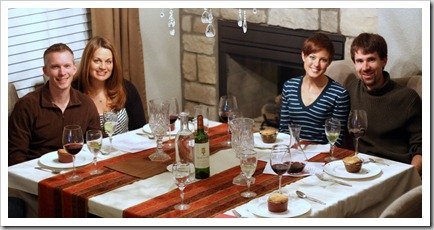 My version is one of the best veganized dishes I’ve created, and I think I’ve had pretty delicious results in the past. Both the textures and flavors are spot on in this dish, more than I hoped for, actually. This dish was voted the best of the night, so if you only try one…try this one!!

[Tweet “A #vegan version of the french dish you have to make: Tourtière”]

As far as pairing, we served this with 2010 Chateau del la Coste Margaux. It held up wonderfully to all the flavor in the Tourtière and the fruit was a nice complement to even things out. The funny thing is we actually had a different wine planned (a Châteauneuf-du-Pape), but our wine seller didn’t even know what that was. Yea…we won’t be trusting their opinion on wine.

A Veggie-fied Tourtiere
Author: Heather Blackmon
Serves: 6
Ingredients
Instructions
3.2.2807
I hope you get a chance to make this one, because take a look at the yumminess you get with each bite. You would never guess this one is vegan, but it really is!! 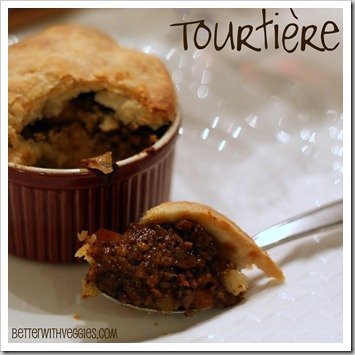