This weekend was my first half marathon in Denver. It was also my second Rock n Roll Marathon Series event of the year! The first was the New Orleans Marathon in March (which I rocked with a 20 minute PR), this weekend was the Denver Half Marathon. 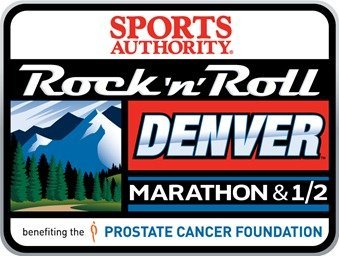 I knew going into this race that it was going to be a supportive training run, instead of a race for time. As I mentioned last week, my training hasn’t been going as well as I’d like and this run was going to need to be 16 miles, instead of the race distance of 13.1. You never know, so I gave myself permission to run by feel, in case a miracle happened on race day.

No miracles here. But at least I looked good on race morning! 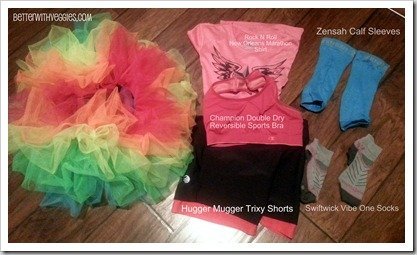 After putting out the question on Friday night on twitter and facebook, I decided it was a tutu race. I went with a mostly pink theme and rocked my tutu like a pro: 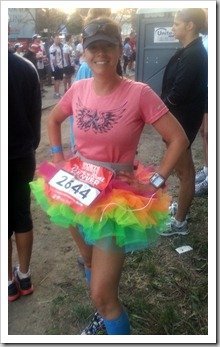 Before the race, I ran a few laps around the downtown area to cover 2 miles before the start. I still had time to grab a kind stranger in the porta-potty line to snap my pre-race photo (above).

When the race started, I knew immediately it wasn’t a miracle day, but thought maybe it was a good time to try to run my ideal marathon pace. It was harder than it should have been if I was really ready to race that pace, but thought maybe it was something I could hold onto. That lasted until around mile 7 (which was mile 9 including my warmup). I managed one more mile before I gave up on my pace goal and admitted that this was no longer realistic.

Honestly, I struggled with the remaining miles and the tutu made it so much more tolerable. As always, the kiddos cheering from the sidelines, excited to see my colorful tutu, helped to pull me along.

After the finish line, I got my awesome medal and then ran the rest of the final mile.

I definitely had some not-so-positive thoughts along the way and seriously questioned my ability to run a marathon in 5 weeks. I’m still questioning it a bit, but I learned a while ago not to make decisions when you’re tired in the middle of a race. 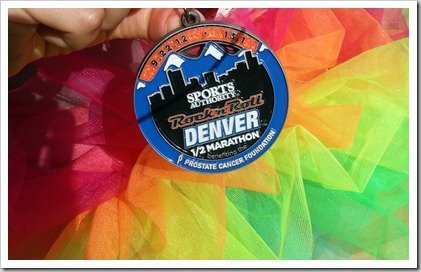 Did I mention I met my tutu twin after the race? That’s JT (I think that was his name), my twin from LA who was also running his third race in the tutu. Pretty awesome, right?! 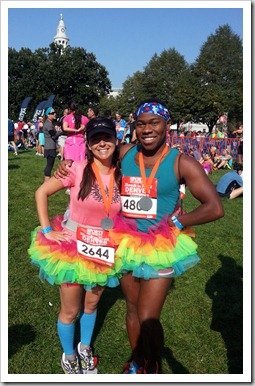 So what does this mean for the marathon? Nothing yet. I’ve got a few more weeks to try to pull things together and I’ll do everything I can to set myself up for success until then. As long as I’m healthy and able to complete the distance, I plan on running the marathon. Time will tell!

As part of my prep, I’ve created a little challenge for myself over the next 4 weeks. I’m still working to drop a few extra pounds that won’t seem to budge and I’d rather not have extra weight to carry through the marathon. With that said, here’s my challenge:

Nothing too drastic here, more about being deliberate about my nutritional choices and staying focused on my training. The final item on that challenge list is the key to the rest of the list – giving control of this to God to help me through.