Something I rarely talk about here is reading, but it’s something I have loved for as long as I can remember. As I got older and further into my career, I found I had less time to sit and read than I would like. Then one day, I heard a friend talking about listening to audiobooks when they ran.

That was 19oish audiobooks ago back in July 2008. I listen to audiobooks on runs, during my commute to and from work, and sometimes while I cook when it’s a really good book. I am often reading 1-2 audiobooks at a time – one for commuting and one for training. I would never be able to read as much as I do without them!

But before you get any crazy thoughts about my reading heavy historical non-fiction, I more of a YA girl (or Young Adult Fiction). You might also remember I’m a huge Disney & Nickelodeon fan, so this really isn’t that surprising. Think Hunger Games or Twilight – both popular YA series.

I thought I’d share my thoughts on a couple YA books I listened to during training for my last two marathons. I don’t know about you, but I love discovering new series to read! 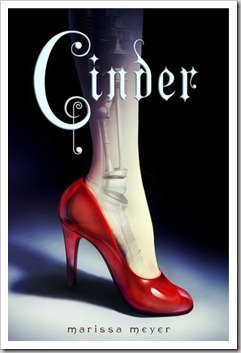 This book is an interesting twist on the classic Cinderella story. In this rendition, Cinder is a cyborg who is a genius with machinery. In this reality, people become cyborgs as a way to be saved from series injury. Unfortunately, cyborgs are also looked down upon by the rest of society and often owned as property. She meets the prince and becomes involved in a situation that’s much bigger than her.

I listened to this book during training for the New Orleans marathon. The next book in this series is scheduled for release in February 2013. 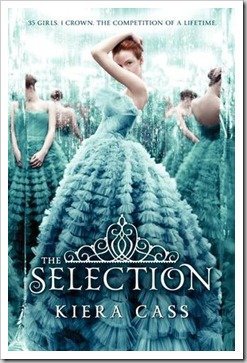 The Selection is about a cast society where the main character, America Singer, gets chosen to participate in a competition to marry the Prince. While she’s supposed to be winning the heart of the prince, she’s still in love with a boy from a lower cast back home. The longer she stays in the competition, the more money her lower cast family receives. And the more she questions what she really wants for her future.

It’s a light read, but the characters grow on you and by the end I was NOT ready for it to be over. I listened to this book during training for the Marine Corps Marathon and I’m anxiously awaiting the next one in April 2013. And apparently the CW is shooting a pilot for a tv series based on this book.

When I think of a book, I will think of a memorable run while I was listening to that book. And sometimes I’ll pass a spot and think of an important points in a book. I love the memory association!