Are you ready for more about our cycling trip through Bordeaux? In case you missed the earlier posts, let me give you the quick summary. We started our ride from Bordeaux to Saint Macaire (40 miles), staying one night in this walled, medieval village. Next we rode from Saint Macaire to Sainte-Gemme (21 miles), with two nights in my favorite manor house. Today, we’re making our way to Saint Emilion (32 miles) for a few nights. You can see all my France vacation recaps here. 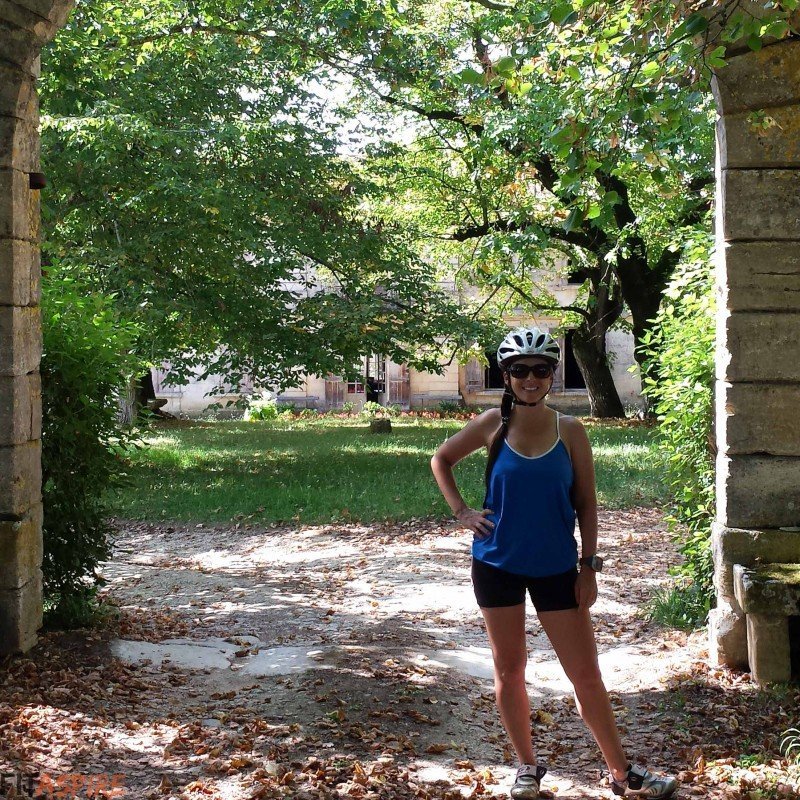 After another delicious breakfast, we headed out for another day on the bike. My booty and quads were feeling the mileage at this point and I was not looking forward to the climbs to start and end the day. Sometimes it’s better NOT to look at the elevation map before the ride. Ignorance might have been bliss!

We stopped along the way to take in a few amazing sights, like this beautiful chateaux… 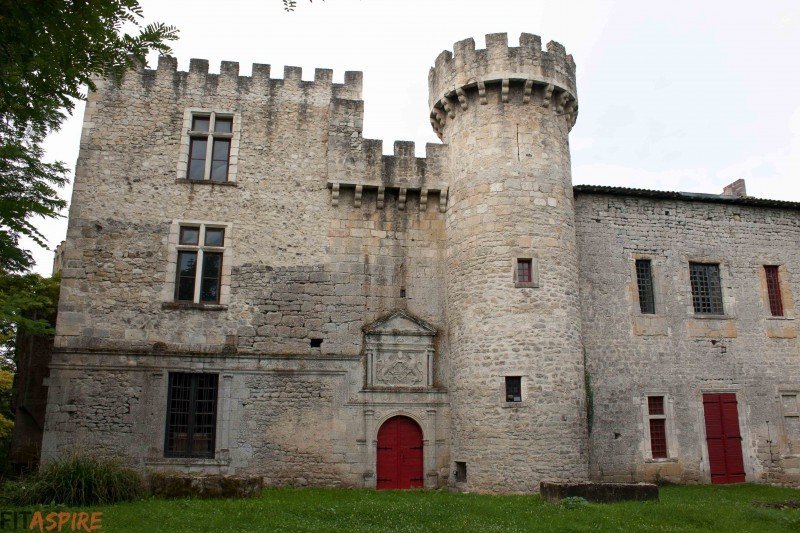 The route plan for the day warned that there wouldn’t be anywhere to stop for food on today’s journey, but we found a nice town along the way that had both a wine tasting stop and plenty of restaurants to choose from. I let Kirk pick our lunch spot and he chose pizza. Of course, even pizza houses have 3-course menus for lunch – so we ate more than our fill. The pizza was literally bigger than my head! 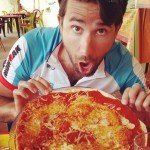 After lunch, the road turned back to the bike path for about 10 miles. We decided to burn off some extra calories and picked up the pace during this stretch (less to see on these bike paths). It felt good push a bit harder and I attempted (and failed) to race Kirk a few times. I was quickly dropped! Finally back on an actual rode, we stopped several times for photos.

This was my favorite side trip of our week – an old windmill and church just off the main path (the church was from the first century!). Where else do you see things like this?! I know we would have missed this had we not been on our bikes. 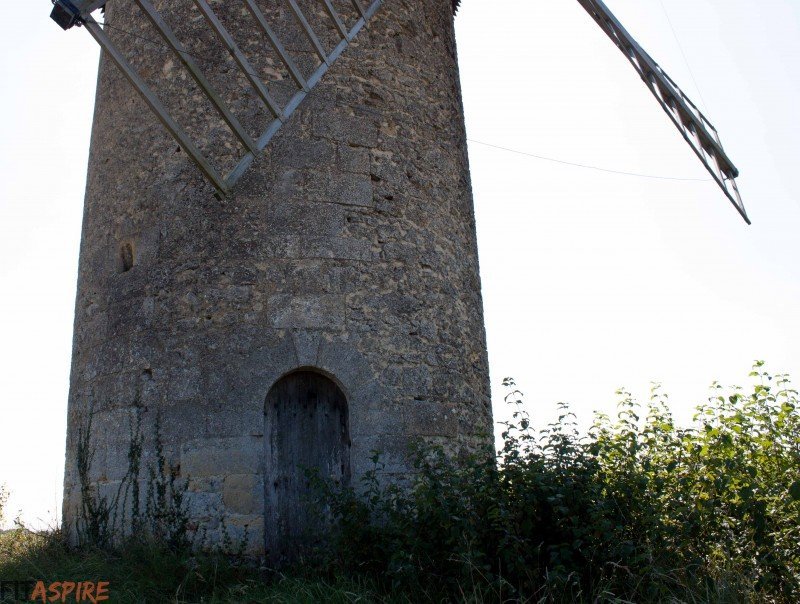 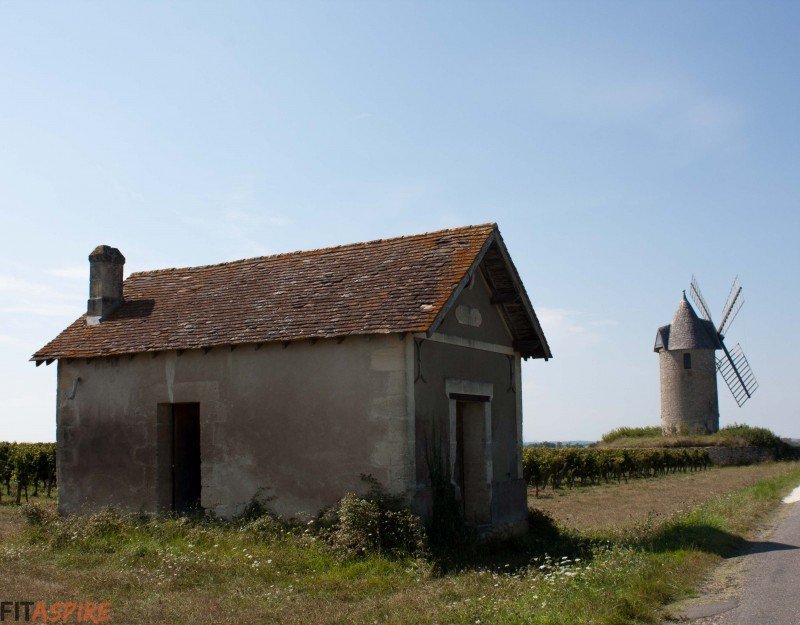 We also stopped briefly in Branne, a quick town just outside our final destination. Although there really was nothing to do, it did offer some nice views! 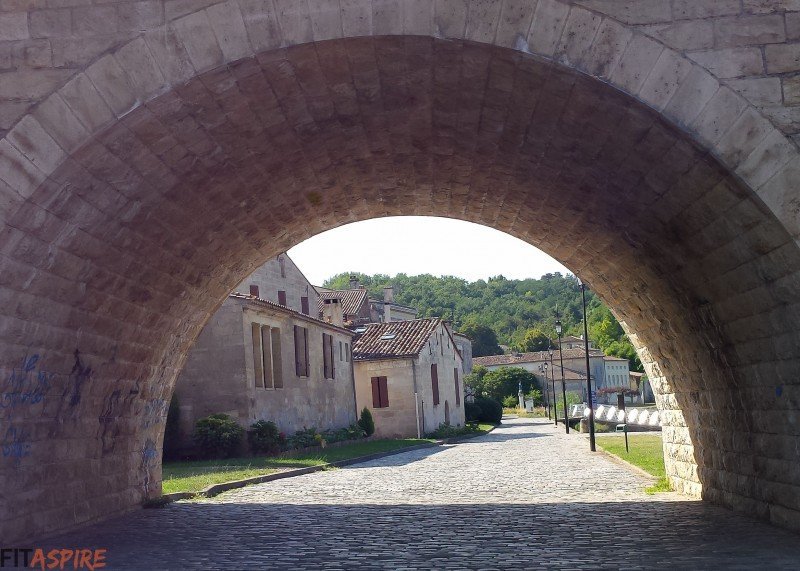 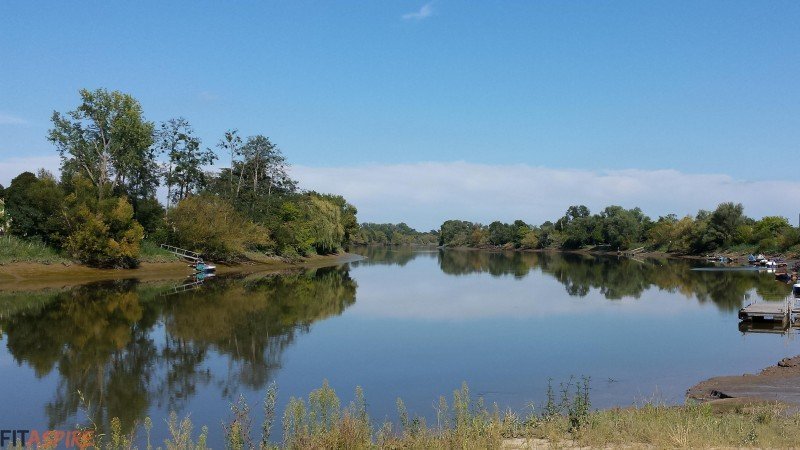 Our one and only route snag came when we entered Saint Emilion. The day of our arrival, they closed the road we were supposed to take for construction (doh!) and we were a bit confused about where to go for a few minutes. We eventually found our way around the construction, so all worked out after a brief delay.

Saint Emilion is the largest of the towns we visited (other than Bordeaux itself) and was my favorite! Our hotel (Auberge De La Commanderie) for this stop was my least favorite, however. This was our only 2-star on the trip (and after La Gaboria, that was painfully obvious). If I had it to do again, I would upgrade to a much nicer hotel at this stop. We did, however, have plenty to do in the city outside of our room. We explored the town, enjoyed a long stop for pre-dinner wine & cheese, had a leisurely dinner in the courtyard of the monolithic church, and enjoyed being in a more populated area again!

Today we decided the bikes would remain parked and we enjoyed the town on foot! Saint Emilion is one of the most famous wine areas in Bordeaux and has some of the more upscale wineries. There have been vineyards in this area as early as the 2nd century! 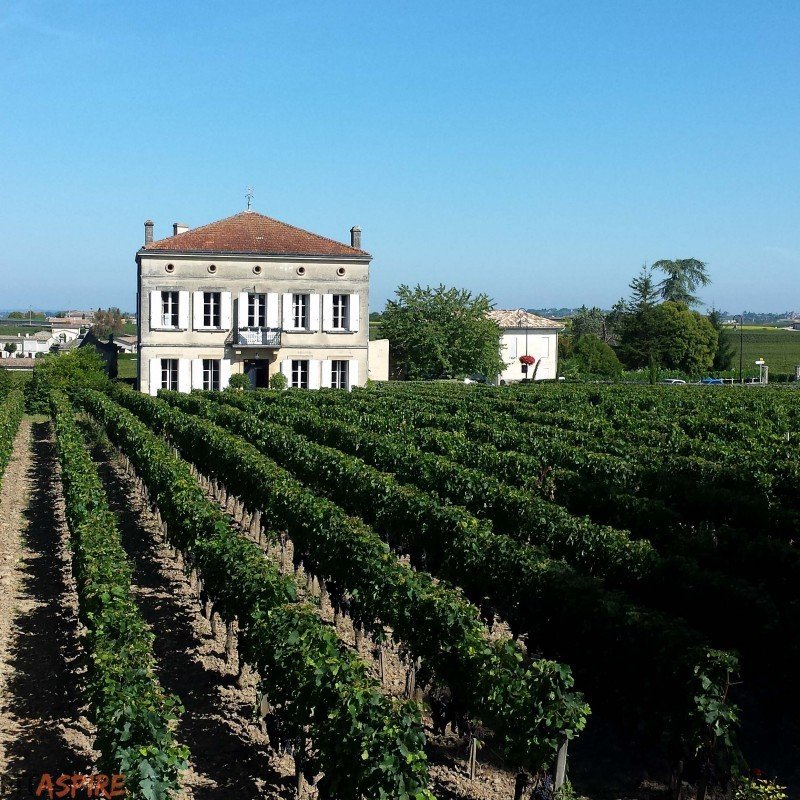 The city is built over a maze of tunnels that were dug when removing the limestone for construction of many French cities in this region. Those tunnels have been turned into wine caves, meaning many of the wineries were in walking distance of our hotel. We started at Château Cardinal Villemaurine, where we were lucky to get a private tour of the caves and tasting. We were very impressed with their wine and happily bought a few bottles for our cellar.

After lunch, we joined a tour at Château Villemaurine, which is a Grand Cru Classe winery. The tour was fantastic, including their extensive caves, a light & sound show with some of the history of the winery, and a tasting at the end. Surprisingly, the wine was a bit underwhelming. It was good, but not up to the standards we expected and certainly not at the much higher price point. Can you believe we left a winery without purchasing a bottle? 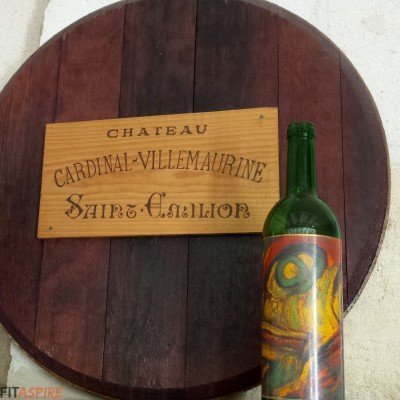 We tried a few other small producers before finding my favorite of the day – the only sparkling wine house we visited on this trip. Les Cordeliers has been making wine since the late 1700s, but it was built as a cloister in the 1300s. I loved how the building is only partially restored, with no ceiling and partial walls. They also sold chilled wine to enjoy in the courtyard, which was too unique to pass up! 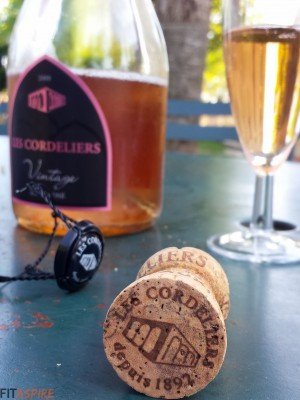 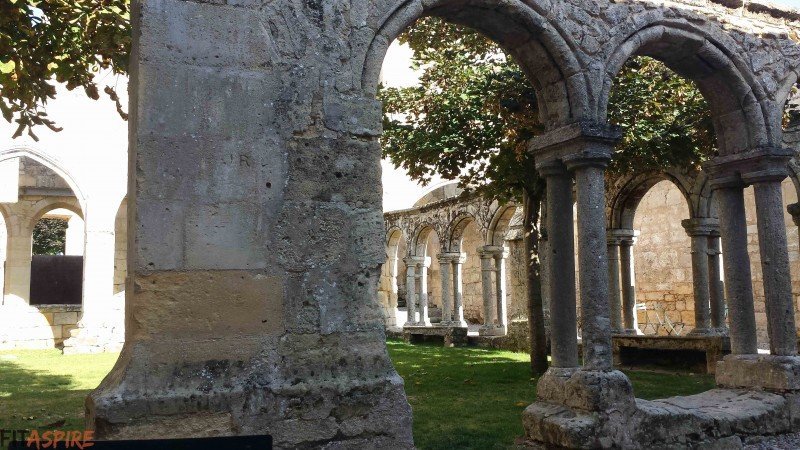 The other thing that Saint Emilion is known for is hills. They had some crazy cobblestones walkways that had railings down the middle to help you travel up  & down without falling. It also is home to the largest monolithic church in Europe – which means the entire church was carved out of a solid rock. We didn’t have a chance to go inside, but even from the outside it was quite impressive! I loved these little quirks, it really gave the town a unique feel, despite the fact that it was more touristy.

[Tweet “Cycling to #SaintEmilion – a famous wine region in #France from @FITaspire. #travel”]

And with that, I’ll wrap up the recap of Saint Emilion. We only have one more leg of the trip to go (back to Bordeaux) and then on to Paris!! Stay tuned…

In the past week, have you... 🔆 Stopped to watc

Which quote is more how you feel about yoga today?