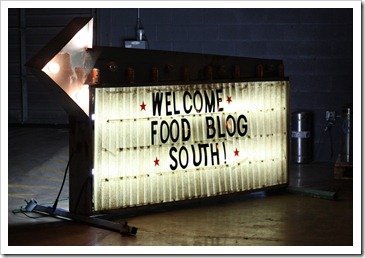 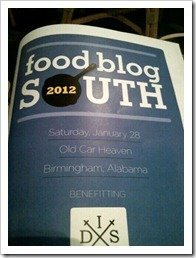 This weekend I attended my first blogging conference. It was a very busy, action packed weekend including: eating, drinking, learning, talking, and laughing. I think any weekend with that description is a good one, don’t you agree? I didn’t take as many pictures as I planned, honestly – too busy talking, I guess, but hopefully I took enough to give you a feel for the event.

Before I get into the details – did you enter last week’s giveaway for the Madagascar Bourbon Vanilla? If so – check out the winner here! I’d love to hear from those who have entered any of my recent giveaways – how do you like using the Rafflecopter widget instead of just using the comments?

On Friday night, we had a pre-party at a local BBQ restaurant. I was happy to run into Katie (Bistro Katie) at the hotel – it’s weird being somewhere that you know nobody. Katie was so sweet in person and she lives in my original hometown of New Orleans. Between the hotel lobby & the restaurant (a 5 minute shuttle ride), I’d already met several more friendly faces – as weird as it was being technically solo, everyone was very friendly and it was easy to find others to talk to. It was fun meeting people who also spent a lot of time on blogs and social media – you introduced yourself including your twitter handle: “Hi, I’m Heather – betterwithveg”! =)

I met a lot of great people on Friday night – too many to list! – but spent mucho f the evening chatting with Stephanie (Sale e Pepe) while sipping on bourbon. A fellow liquor-drinker, scuba diver, and travel enthusiast – we had plenty to talk about! We literally closed down the bar and Sean (Sean Kelley) gave us a lift back to our hotels (even though he was officially done with his shuttle duties for the evening – so nice!).

The only downside to the evening was the lack of plant-based/vegan-friendly food available. I hear they brought out some pickled okra after my initial review of the table, but that’s not really what I consider vegan-friendly options at a pre-party where others are noshing on bbq, mac n cheese, and other more substantial eats. 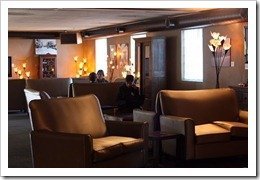 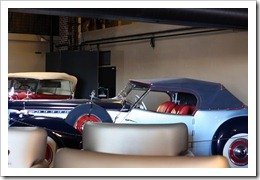 The main event on Saturday kicked off at Old Car Heaven, a converted warehouse in Birmingham. It was a little chilly, but the space was very cool. There were a number of technical glitches (sparse wifi & videos not working during presentations), but I thought it was overall a great venue for such a large group.  Sponsors & Vendors set up tables around the outside of the main floor, with tables and chairs set up in the center for the sessions. 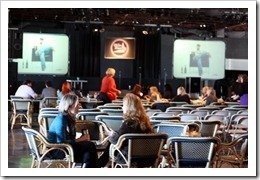 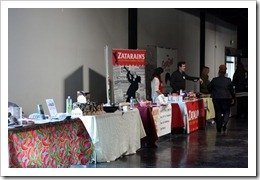 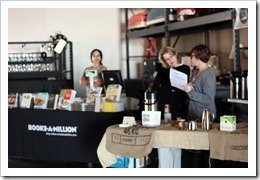 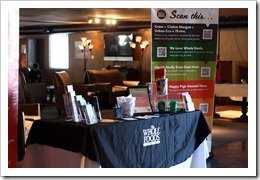 In addition to the stuffed swag bags, many of the vendors also had goodies to give out. My favorite of the day was this assortment of flavored quinoa from Roland Foods. I can’t wait to give these a try! 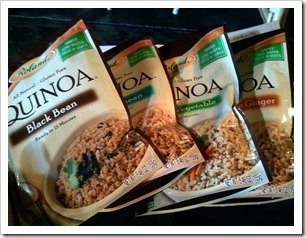 The next 8 hours were packed with sessions: Camera Phone Photography, Vlogging, Food Styling & Photography, Web Design (part of the session), Recipe Development, Drink Blogging & Beer Tasting, & Marketing Your Brand. Some session were awesome (Recipe Development with Virginia Willis!) and some were a flop (Camera Phone Photography) – but overall I took pages of notes and have a lot of things I want to implement here.

This is already a looong post, so I didn’t want to make it longer with the details & tips I learned at the sessions. Is that something you guys would be interested in reading about? 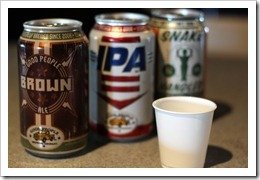 The Drink Blogging & Beer Tasting session was perfectly timed for me – my brain was ready for a lighter topic and the beer didn’t hurt either! Ale Sharpton led the session with Good People Brewing (interesting fact: the master brewer is vegetarian!) and we tried three of their offerings in the can. Good beer comes in cans now? I had no idea!

After the event, a group of us headed to a veg-friendly local restaurant: The Bottletree Cafe. The menu had so many options to choose from, but I finally settled on a loaded plate of nachos with Fried Tofu smothered with house Buffalo Sauce. I also indulged in a Ginger Margarita, which was delicious. I shouldn’t have eaten the whole plate, but I did and it was awesome! 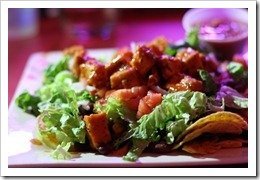 From dinner, we headed to the post-party at Good People Brewing, where I was so full I literally only had two small tasting glasses of beer. There’s only so much yumminess you can eat and drink in one day! 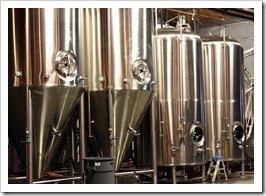 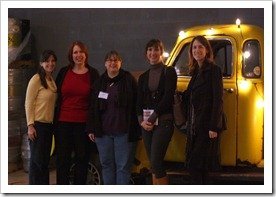 Check out these awesome plant-strong ladies in the photo above: me, Susan (Fat Free Vegan), Kathy (Healthy Slow Cooker), one of the reps from Key Ingredient (I’m so sorry I can’t remember her name!), & Katie (Bistro Katie). 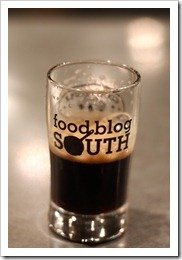 It was a fun weekend, but also one I came home from a little tired. A lot to pack into a short period of time. I did get home in time for the brunch edition of Atlanta Underground Market, but you’ll have to wait until tomorrow to see more details about that!

What was your favorite activity from this weekend? I was out of touch, so catch me up!