Vacation planning is one of my favorite things to do. You dream about where you will go, where you will stay, all the fun things you’ll do while you’re there. I read somewhere that it releases many of the same endorphins as actually being on the trip. 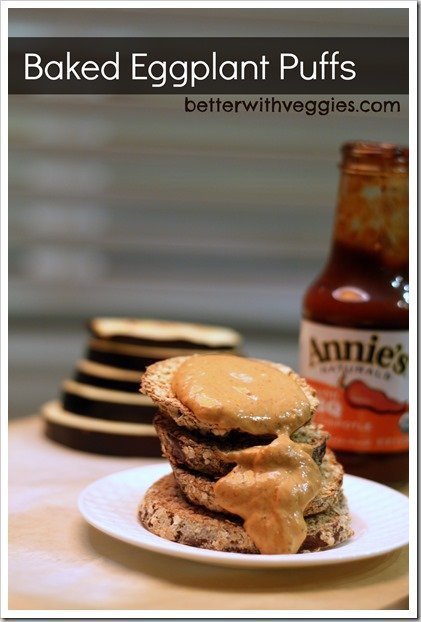 For the most part, we’ve been planning our vacations pretty last minute over the last year. Except this one. We started planning our trip to Australia almost a year ago. This was the trip where I originally planned to complete my second Ironman. Instead, I’m going to be working hard to be the best IronSherpa possible as Kirk earns the title of 2x Ironman! And I get to enjoy our Australian vacation for a full 2 weeks. 🙂 I’m sharing lots of photos of our adventures over on Instagram, if you’re interested in following along.

So what does that have to do with today’s Meatless Mondays from A-Z theme? Absolutely nothing. But it does mean that I actually created this snack way ahead of today’s deadline! Which would be impressive if I had created it earlier than the night before we flew out of the country. Planning ahead for recipes has not been my strong point recently. 🙂 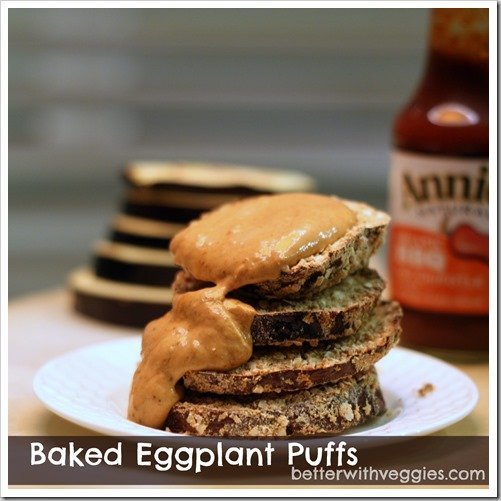 I originally planned this recipe as Eggplant Chips, similar to my Baked Zucchini Chips & Fries. Our knives really need to be sharpened, however, so the slices were a lot thicker than I originally planned. Luckily, these thicker slices made for a airy, light crisp that I hadn’t expected at all. It’s got the crunch of a chip, but with a ligher feel.

The creamy BBQ sauce was all Kirk’s idea, as I wanted a little something for dipping.

Combine quinoa and water and cook in rice cooker or according to package directions. 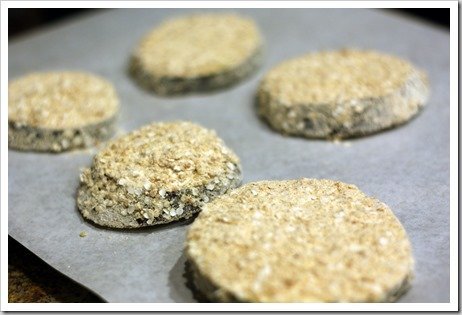 Lay out an assembly line with sliced eggplant, milk, quinoa mixture, and baking sheet. Drop the eggplant slices into the milk mixture, then immediately dredge through the quinoa mixture. Place on baking sheet, space about an inch apart.

Bake for 25-30 minutes, or until golden brown. Allow to cool just slightly before serving. 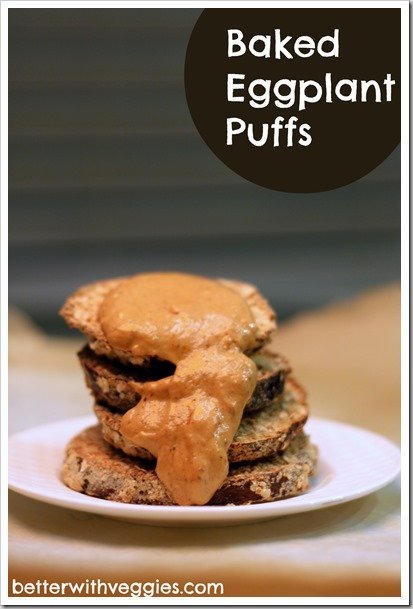 And now for my favorite part of each MMAZ week – your recipes!! Next week I recommend you pick one of these eggplant creations to join recreate for COOK week, where Sarah will be guest hosting!