I feel like Kirk & I have been running at 100 miles an hour since vacation. And maybe a little bit on vacation too (we tend to do that)! This weekend was the first in a while that I’ve felt we really had a chance to relax a little – and it was AWESOME!!

It started with a dinner party at a new friend’s house on Friday night. Great food, great friends (“old” and new!), and good wine. Laura made a fantabulous (yes, that’s a word!) Sticky Toffee Pudding. 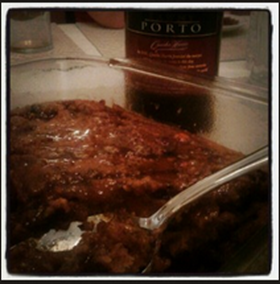 Saturday started with a “super-fun” First Aid & CPR training session from 9AM – 1PM, the last pre-requisite before our USAT coaching clinic in 2 weeks. I’ve been first aid & CPR certified many times in my past, so it was very exciting stuff. *sarcasm added*

Then it was time to put on my big girl pants and take my bike outside for a brick workout. Time to be honest: I’m not having fun training right now. There are moments of fun, but my lack of bike fitness (my own fault) and the pollen count is putting a serious damper on my training. BUT, I’m getting most of it done anyway. I’m trying the “fake it till you make it” approach right now, and it seems to be getting better!

My short brick on Thursday was no fun at all and not what I would call quality – but it was done. Saturday, I decided I would get my booty on the bike and hit the roads outside for a no-pressure ride. That means I ignored my pace, my power meter, watched the time, and rode. The result? It was fun!! 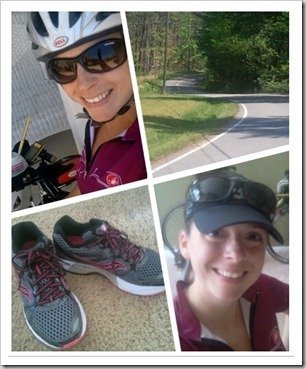 You know what? Not every workout is fun. We all go through seasons where we’re less inspired than normal. You have to look for what inspires you, keeps you moving, and appreciate the fun moments – it will get better!

I know that this is a post-50K, post-marathon funk. It’s fairly common for me after a big race, if I think about it. My bike fitness is not where I want it to be, but I haven’t put in the work to earn any more than what I have.

BUT, when I crested the killer hill (part, yes part, of it pictured above) on my ride, I decided to turn around and do it one more time. That’s a glimmer of the Heather I know is in there. My inspiration and motivation will be back soon! =)

After my ride and a 3 mile run, I decided it was time for a treat. I spotted some Cannellini beans in the fridge and decided to whip up a quick White Bean “Hummus”, spiked with some of my new favorite Torani Bacon syrup. This vegan-friendly syrup is fantastic, I’ve already used it in donuts, hummus, and bloody marys since it arrived on Thursday! After a quick break, we made last-minute plans to head over to Kirk’s parents’ house for dinner – with Kirk’s brother and our niece & nephew (no pics, bad blogger!). I used this opportunity to try to recreate my Buffalo Tofu & a new Miso “Ranch” Kale Salad. Close – but not quite as good as the first try. 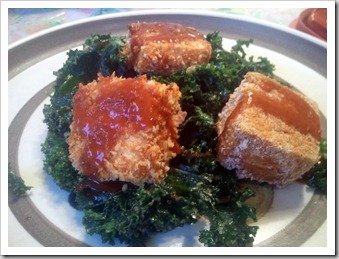 Sunday arrived with the promise of a relaxing afternoon off. It started with a long run, which started miserably, but ended well. This pollen is killing my running right now and my planned 12 miler started with several walk breaks and I turned around after 3 miles.

Luckily, I ran into Kirk shortly after and we stopped to talk about how terrible we were both feeling. He was AWESOME and offered to run with me as I headed to flatter terrain. Somehow, we ran faster the last 6.5 miles, but having a running buddy was exactly what I needed to perk up my mood and finish strong!

After our run and church, we started brewing our first all-grain brewing batch of beer!! 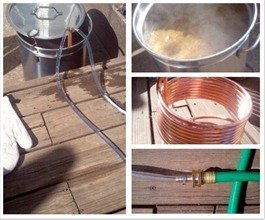 I took lots of pictures during the process, but I’m not sure if that’s something you guys would be interested in hearing more about. What do you think – interesting or not-so-much?

While the beer brewed, I posted pics on Instagram, caught up on blog posts, uploaded workouts, and just relaxed.

I also got an email from Kelly Olexa that I have been accepted a FitFluential Ambassador!!

This kind of made my weekend! I actually didn’t get accepted the first time I applied, so it was a pretty exciting email to get the green light this time! I’ve made a lot of changes around here these last few months and some of them were inspired by suggestions Kelly made after my first application. I think Better With Veggies is even better because of it! 🙂

Finally, it was time to make dinner. We opened a bottle of Zinfandel to sip on during preparation & enjoy with the meal. I made an impromptu meal (which turned out great!) of Mama Pea’s Mediterranean Lentil Meatballs, served atop a cashew-based cream sauce (why don’t I remember to measure when I cook these kinds of meals?!) and a side of sugar snap peas. 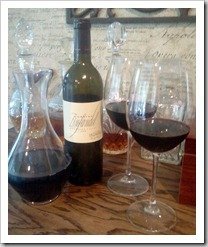 Then Kirk went to bible study and I spent some time writing, sipping wine, and relaxing on the back deck.