After my trail race on Saturday morning, I earned my afternoon of fun and beer at East Atlanta Beer Fest. At least that’s what I told myself! 😉 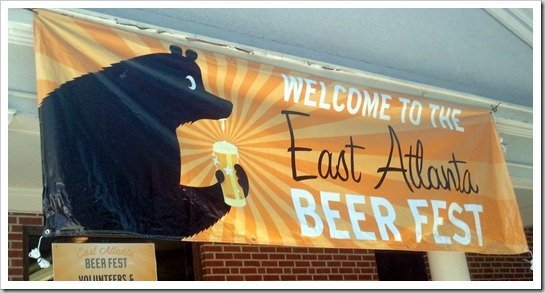 This is one of my favorite beer festivals in Atlanta every year – so many beers to sample, so little time! Kirk & Melody both joined in the beer drinking fun today. Good company is critical to an amazing day of beer festival fun! 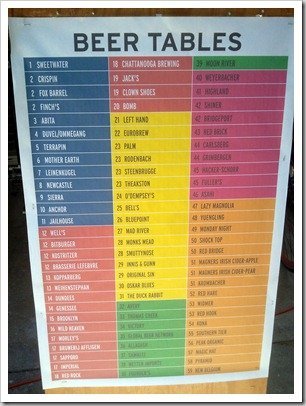 I started the day with a dumb decision, a rookie veggie mistake that I certainly know better than to make. I forgot to eat anything between my trail race and the festival – no snacks packed – only the festival vendors and my stomach. Uh-oh.

When we first arrived, the only thing I could find was roasted corn from Graveyard Tavern. It was good though! I was kinda hoping they would have brought their vegan wings, but I was out of luck. 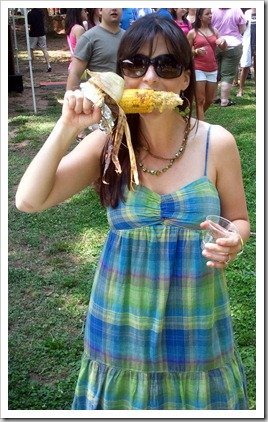 Corn as big as your head!

Luckily, as I went in search of a trash can for my corn cob, I came across Three Amigos Tacos. Way down at the bottom of their sign I spotted a Grilled Veggies option – and made without butter – sweet!! 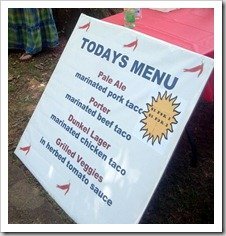 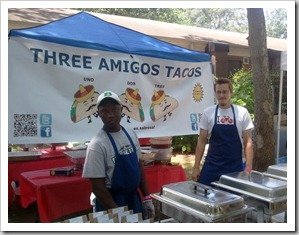 I was too busy stuffing my face to take any photos of that action, but these were very tasty and filling. THANK YOU for offering vegan-friendly options at the festival!!

After filling my tummy with food, it was time to start tasting some beer. The park was filled tents from different breweries – all waiting to fill your tasting glass with their beer offerings. My rule was to only taste those beers I didn’t already know.

Being the great beer tasting friend she is, Melody was happy to share her beer – so we could all sip a larger variety of beers without ending up on the grass. 😉 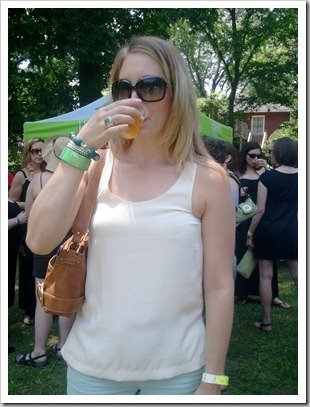 Some great surprises awaited us at several beer tables, like this newly released brew from Wild Heaven – not even a label yet! 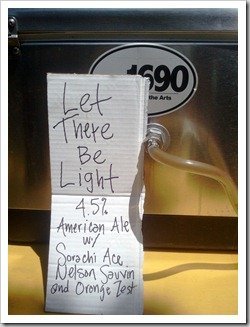 We tried to get our hands on some of the empty bottle of this St Peter’s brew (check out these awesome bottles!), but no luck this time. If you drink this beer regularly, feel free to ship your bottles to me! =) 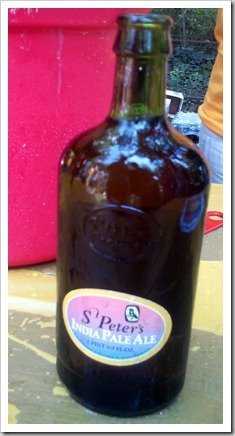 And finally, a peak into the awesome & ecclectic entertainment wandering around the festival on Saturday. This performer on stilts was so cool!

And that brings us to the end of our fun afternoon at the park for East Atlanta Beer Fest!