I’ve had a few weeks of running at elevation, off an on as I’ve been traveling for work. Nothing longer than a week yet, but I thought I’d start sharing my thoughts as I transition from a sea-level runner to running in the mile-high city (5280 feet).

Oh, and did I mention our house is even higher than the Denver mile-high elevation? Our garage sits at 5974 feet, according to my Jeep’s altimeter.

Coming from Atlanta – or Hot-lanta – the overall climate in Colorado is fantastic. The temperatures don’t feel anywhere near the same. 90 degrees is still hot, but I’m not dripping with sweat and hating life. To be honest, I haven’t really sweat when I wasn’t exercising here so far!

I can remember so many mornings in Atlanta, where I set my alarm for 6AM to get my run in before the heat, only to find it was already 78 degrees and 90% humidity. That is my least favorite part about Atlanta, it just never cools down in the summer. Although it was already miserable outside, it was still better to get up and out before it got worse. Great for acclimating for hot races, terrible for my morale. 🙂 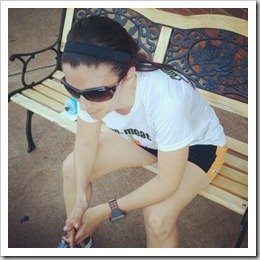 In Colorado, the temperatures have been around 65 degrees when I wake up at 6AM with low to moderate humidity. Compared to what I’m used to, it’s darn near spring-like! The daytime temps get up to about the same as Atlanta, but the humidity stays much lower. But running when it hot is still hot, so getting up early to enjoy the temps is key for me!

The temperature is amazing, the humidity is low, but the altitude is hard so far! On the flats and downhills, there’s no problem. On the uphills, no matter how slight, it’s tough. I’ve never been much of an uphill runner and the altitude makes that painfully obvious. The thinner air has me panting for breath so quick and I found myself walking WAY more than I would like to admit on my long run Sunday morning. Granted, I didn’t start as early as I would have liked (our tv & internet were being installed), but the lack up oxygen is certainly obvious on every run where I’ve encountered hills so far. 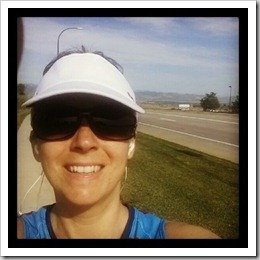 Can you see the mountains in the background?

I hear this gets much better after a few weeks, so we’ll see how I feel by August!

Water is also very important here. Even Kirk, who is usually pretty good at running without water, noted that running more than 3 miles without water would be miserable. No problem for me, since I always want water on my runs, but I’ll have to make sure I find refill spots along my long run routes to keep me hydrated. I even got a new Nathan hydration belt, since my FuelBelt was still on it’s way to Denver. 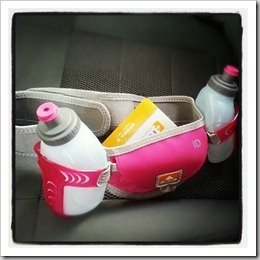 I originally hoped to post about our new house today, but our moving truck didn’t arrive at the house on Saturday, as you might have seen on Facebook. We made the most of our time in an empty house this weekend by steam-cleaning the carpets (ok, Kirk did all the work) and getting some small things done around the house in preparation for our new delivery date of Tuesday. I’d be lying if I didn’t say I was annoyed, but it will all work out in the end! 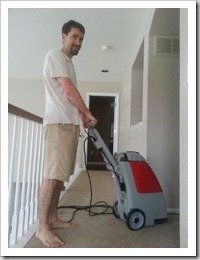 « From A to Z – The Simple Things
Even In Ironman, One Is Never Enough! »